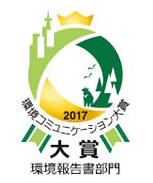 Any organization, if acting alone, can make only a limited contribution to the resolution of global environmental issues. To make a more meaningful contribution, it is imperative to join efforts with external parties, such as business partners, customers and local communities. With this understanding, Konica Minolta has been working with external stakeholders to create new values and grow together under its Medium-Term Environmental Plan 2016.
Specifically, Konica Minolta has been proactively providing external stakeholders with information on its global environmental activities and achievements, thereby creating opportunities to work with them.

1．Disclosing Information through the CSR Report and the Environmental Report 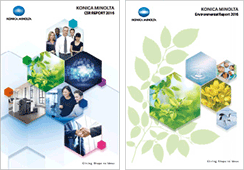 2．Working in Collaboration with Business Partners and Customers

3． Communication with Shareholders and Investors

Konica Minolta strives to win the trust of its shareholders and investors by properly disclosing non-financial information in addition to financial data. To be specific, Konica Minolta has announced its inclusion in SRI indexes, such as the DJSI World, and introduced its environmental activities at general shareholders’ meetings. Last year, the company held a briefing on its environmental, social and governance (ESG) efforts for investors and analysts.

Under the brand proposition “Giving Shape to Ideas,” Konica Minolta aims to become a sustainable global company vital to society and will contribute to solving social challenges by creating values to enhance the quality of society through its business activities.