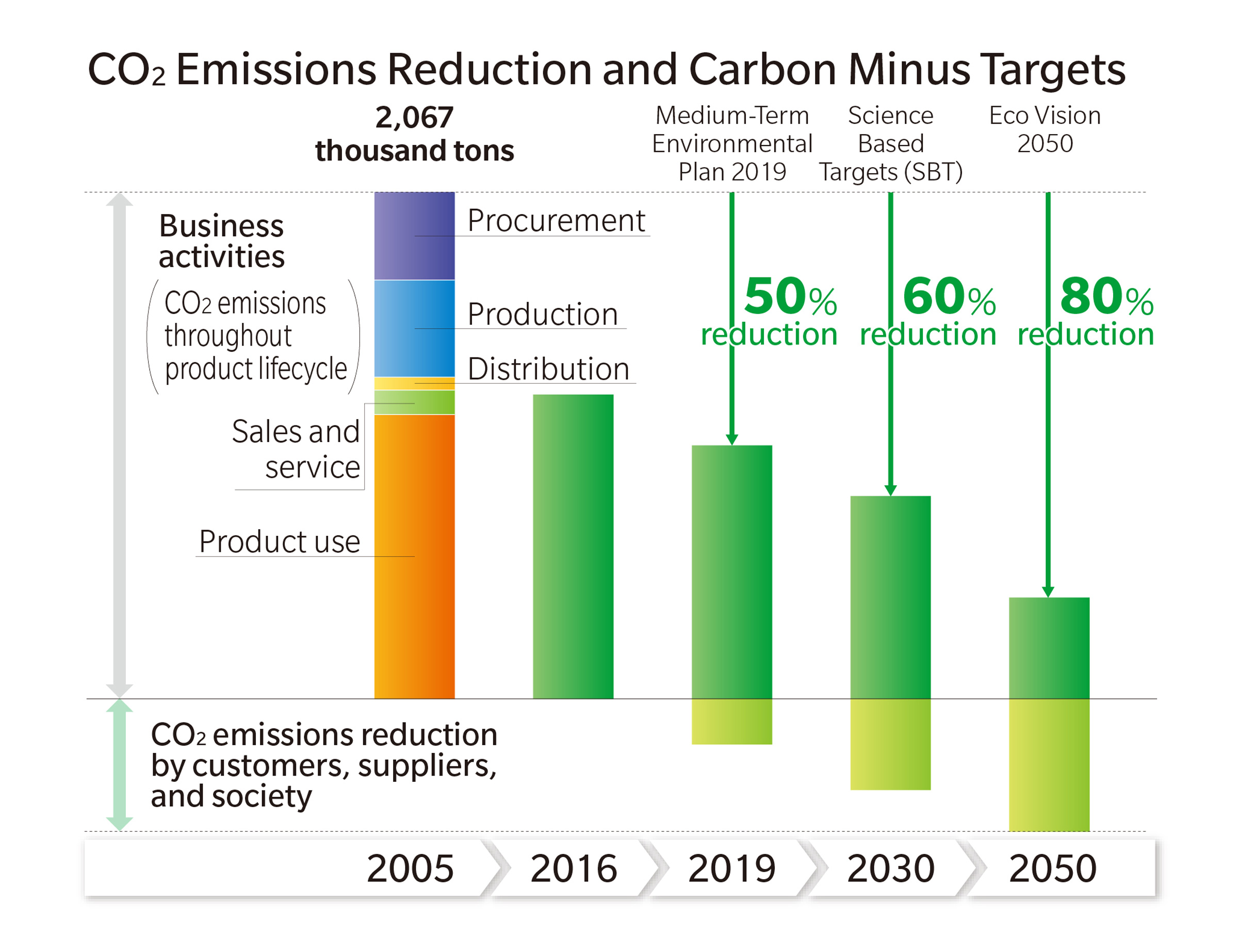 Tokyo (October 30, 2017) - Konica Minolta, Inc. (Konica Minolta) has been awarded a global leadership position on the Climate A List by CDP*1, an international not-for-profit organization engaged in activities to realize a sustainable economy, for the fourth time, including the most recent two times in 2016 and 2017. 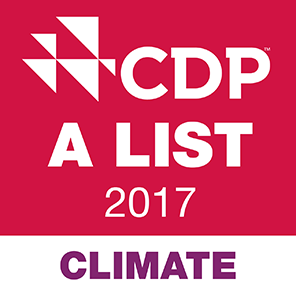 Last year, Konica Minolta expanded the scope of its Eco Vision 2050, a long-term environmental vision launched in 2009, by adding the “Carbon Minus” concept as a more ambitious goal. While Konica Minolta has been working to achieve an 80% reduction of CO2 emissions throughout the product lifecycle by 2050 from the level of fiscal 2005, the company has also taken on a new commitment to involving its stakeholders, including suppliers, customers and communities, in its environmental efforts to reduce CO2 emissions by more than the amount of CO2 emissions from its corporate activities. Currently, Konica Minolta is steadily implementing environmental measures worldwide, including sharing a variety of environmental technologies and know-how it has developed over the years with its suppliers and customers and working jointly to reduce CO2 throughout society. 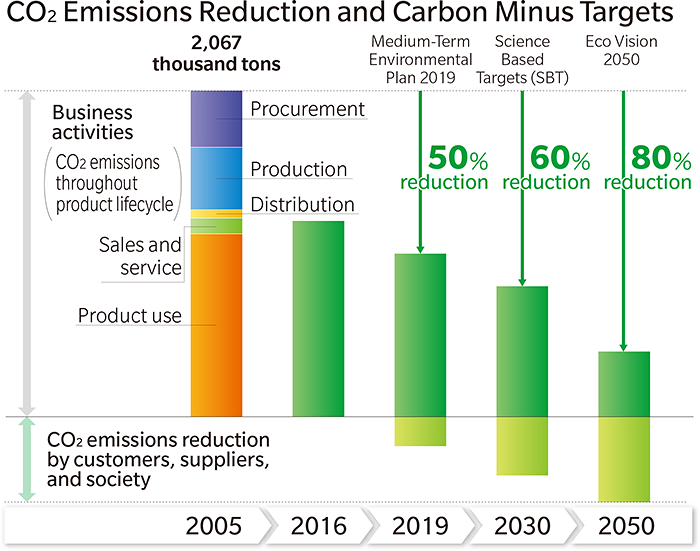 Last fiscal year, Konica Minolta, by backcasting from Eco Vision 2050, set an interim goal of achieving a 60% reduction of CO2 emissions throughout the product lifecycle by 2030 from the level of fiscal 2005. This goal was recognized as a science-based target by an international initiative, the Science Based Targets initiative (SBTi)*2.

*1：CDP is an international, not-for-profit organization providing the only global system for companies and cities to measure, disclose, manage and share vital environmental information. CDP works with market forces, including 803 institutional investors with assets of US$100 trillion, to motivate companies to disclose their impacts on the environment and natural resources and take action to reduce them. www.cdp.net

*2：The SBTi was jointly established by CDP, the United Nations Global Compact (UNGC), the World Resources Institute (WRI), and the World Wide Fund for Nature (WWF) in 2015 to attain science-based targets to reduce greenhouse gas emissions and thereby limit global warming to less than 2℃ compared to pre-industrial temperatures.

Konica Minolta, as a global company, aims to work with all of its stakeholders to reduce environmental impact, thereby contributing solutions to climate change and other global environmental problems and creating greater shared value.